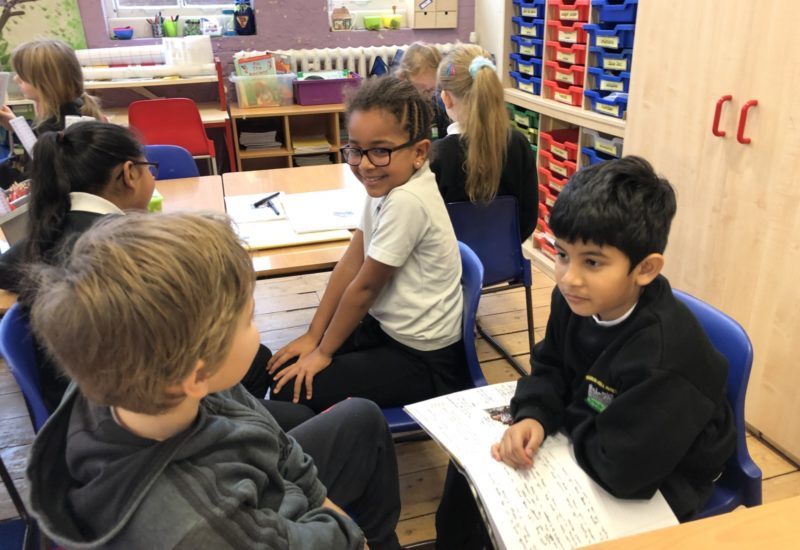 Should Manyara go to the city by herself? Should she wait and leave for the city with the others? How will her father, Mufaro, react when he sees that she has disobeyed him?

In the story ‘Mufaro’s Beautiful Daughters’, the Great King invites Mufaro’s daughters to appear before him. He will choose one to be his wife. One of the daughters, Manyara, decides to travel to the city before everyone else. She is convinced that the king will choose her.

The children discussed whether this was the correct thing to do and used a ‘Conscience Alley’ to explore Manyara’s dilemma further. Later, the children used ‘hot seating’ to interview Manyara in class to help them write a letter in role as Manyara to her father Mufaro explaining why she chose to disobey him.